To Kill A Mockingbird Essay: Character Analysis and Growth of Scout Finch

“A mature person is one who does not think only in absolutes, who is able to be objective when deeply stirred emotionally, who has learned that there is both good and bad in all people and all things, and who walks humbly and deals charitably,” promoted Eleanor Roosevelt during her dedicated years as an advocate for the U.S.’s citizens.  As the First Lady, she, like many other good people in the world, had achieved the success of maturity and gave her life to the people.  Likewise, in the fiction book To Kill a Mockingbird, Harper Lee concocted a brilliant masterpiece filled with themes about a young girl named Scout and connected her adventures to her own memories of growing up in the prejudiced South, specifically in Alabama, in the 1930s.  The story reflects a major meaning of life and maturity through the prejudiced death of an innocent black man, and the events before and after the case prove to be enlightening experiences for Scout.  Known as tomboy Scout, Jean Louise Finch transforms in the course of three years from an innocent child to a courageous young lady by learning to control her originally stormy temper, apprehending the prejudice and racism around her, and caring for others after absorbing different perspectives.

As a tomboy, Scout has early troubles with fighting on impulse or speaking before thinking whenever a person or event irritates her, but she outgrows her hot temper and learns to rationalize thoroughly after encountering several events.  Originally, on her first day of school, Scout is slightly naïve when she tries to explain to her teacher Ms. Caroline about a boy named Walter Cunningham and his “no lunch” situation.  However, Scout did not consider Walter’s embarrassing side of the story and unintentionally insults him, “…but it was beyond my ability to explain things as well as Atticus, so I said, ‘You’re shamin’ him, Miss Caroline. Walter hasn’t got a quarter at home to bring to you, and you can’t use any stovewood’” (Lee 21).  Scout is innocent and does not really understand that Walter and his family are proud people, so her thinking does not yet reach a mature insight.  The teacher immediately punishes her, and Scout’s flashy temper overtakes her because she does not word her explanation carefully.  As a result, she decides to punish Walter for her mistake.  Therefore, as children, people often do not think thoroughly about their actions, and their tempers often control them in silly ways, but maturity stabilizes the mind and body to act as one being, and thoughts of reasoning cause people to act justly.   For example, in a situation in which Scout matures, her Aunt Alexandra holds a missionary group meeting with the ladies in the town, and they are discussing troubling news about changing the Mrunas, whom the hypocritical women, such as Mrs. Merriweather, believe that they live like animals.  Near the end of the meeting, Scout and Aunt Alexandra are both angry with the hypocritical comments and also receive the shocking news of the meaningless death of an innocent black man named Tom Robinson, but Scout manages to stay calm just like her aunt.  Scout demonstrates her newfound ladylike patience, “I carefully picked up the tray and watched myself walk to Mrs. Merriweather.  With my best company manners, I asked if she would have some.  After all, if Aunty could be a lady at a time like this, so can I” (237).  Through this thought, Scout reveals a maturity growth in which she deals with stressful and unfair situations with dignity.  She is no longer her childlike, eruptive personality and instead, reacts calmly with both the unjust comments of Mrs. Merriweather and the surprising news of Tom Robinson’s death.  Deep inside of her, she considers both situations and knows their injustice, but she keeps her outer self as a patient lady.  Because her reaction seems content, Scout is able to analyze her situation and object to extreme events within her mind. Near the end of the book, she steers her life into a more thoughtful and patient way that changes her previously boiling personality.

Furthermore, Scout matures as she experiences the harsh realities of prejudice and racism around her when she learns about Walter Cunningham’s lifestyle and encounters the unfair trial of Tom Robinson.  At the beginning of the school year, she previously hurts Walter Cunningham after she is punished by the teacher for trying to defend him.  At the same time, she is learning from her aunt, who comes to stay with Scout and her family to serve as her feminine role model.  When Scout suggests to her father that she wants to visit their cook’s home and play with Walter Cunningham, Aunt Alexandra erupts with disdain, “…she said, ‘Because-he-is-trash, that’s why you can’t play with him…’” (225).  In addition, Scout’s older brother calms her as she furiously reacts, “…and he led me away sobbing in fury to his bedroom” (225).  Scout considered everyone, including impoverished Walter, equally. When Aunt Alexandra disapproves of him, Scout sobs because the unfairness in the world angers her. She matures in her thinking and sees people as a big dysfunctional family, but everyone is still considered equal to each other.  Therefore, she views the world with equality in mind and knowing that it was unfair, which is further revealed in her reaction to the verdict of Tom Robinson’s trial.  He is wrongly accused of raping an impoverished and neglected white girl, and the society wrongly uses prejudice of black people to influence their conclusions, “A jury never looks at a defendant it has convicted, … not one of them looked at Tom Robinson” (211).  Scout is now aware of the prejudice around her.  In this, she displays insight of the world beyond her and how it affects equality.  Her instinctive guess of the outcome also shows her experience with the racism that exists between white and black people.  Unraveling the injustice in the world and experiencing it strengthens Scout’s mental and emotional growth.

In addition, Scout masters a technique that makes her more caring and worldly like her saintly father and great older brother, and she learns to consider others’ points of view to understand people.  In an early situation, Scout’s Aunt Alexandra arrives to stay at her home for a long time to serve as Scout’s feminine influence because her mother had passed away.  Thus, Aunt Alexandra wants to help Scout, but Scout sees this as an intrusion of her own freedom, so she tactlessly tries to dissuade her aunt from staying a long time by referring to missing her own husband, “The moment I said, ‘Won’t you miss him?’ I realized that this was not a tactful question” (128).  In this action, Scout is less experienced with seeing the different point of view of her aunt’s good intentions. Instead, it reveals that Scout is still young and does not yet consider how her aunt feels. Not seeing other points of view is often what children are portrayed as, and thus, it reflects their innocence.  As a result, their actions can be excused as long as they learn form their mistakes and consider others.  After three long years of yearning to see her mysteriously reclusive neighbor Boo Radley, Scout finally understands his reasons for staying in his home after seeing his point of view.  Previously, her father Atticus always wants her to consider other points of view, and Scout masters it with Boo.  After Boo saves her and her brother’s lives, Scout walks him home and is amazed by his perspective of events, “Atticus was right….you never really know a man until you stand in his shoes and walk around in them. Just standing on the Radley porch was enough…I felt very old” (279).  Scout is overwhelmed by emotions because she finally understands her neighbor, and as a more mature person, she now considers her previous actions to see Boo as childish. With this, Scout demonstrates a great capacity as an almost fully-fledged adult.  At the same time, comprehending others shows a technique that comes with experience and knowledge. Scout’s encounters with learning different points of view change her own opinions and views of the outside world.

Conclusion: The Growth of Scout and Her Maturity

Overall, Scout gains the power of knowledge and experience by learning to suppress her originally short temper, realizing the unfairness in society, and viewing the world thought others’ points of view.  Moreover, she learns to be more careful with her actions after she hurts her classmate Walter and realizes her mistakes while later, Scout is respectful with her aunt’s hypocritical missionary circle.  Scout also senses the inequality in the world with her aunt’s comments about Walter’s impoverished lifestyle and the prejudiced verdict of Tom Robinson.  Finally, Scout completes an essential step to her maturity when she learns from her misunderstanding of her aunt’s caring intentions, and she masters the art of understanding others, especially Boo Radley, after placing herself in his perspective of events.  Scout not only masters maturity physically but also emotionally, socially, and mentally.  Often, she makes mistakes that cause her to stop and consider them, and as a result, she matures by learning from them and improving herself for later events in the story.  Conquering her temper was a small step to advance into the adult world while protesting inequality and understanding others brings her to another level of maturity that is evident in many of her later actions.  Equipped with the knowledge and experience of controlling temper, disapproval of inequality, and the art of comprehending those around her, Scout, like other benevolent people, earns the honor of reaching true maturity after conquering obstacles.  Finally, achieving those aspects of maturity allows people like Scout to face society with confidence, respect, and kindness, allowing them to be ready for the real world.

Learn More about Jem Finch, Scout Finch, and Atticus Finch’s Character Analysis in Our Second To Kill a Mockingbird Essay

Athena is a doctoral student in the USA with a passion for global health and education, running, and food! View all posts by Athena 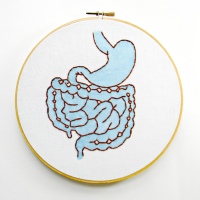