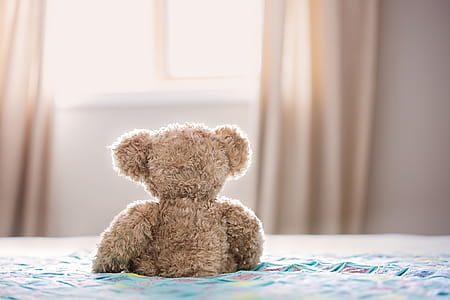 What is the difference between central sleep apnea and obstructive sleep apnea?

Sleep Apnea: >10 seconds cessation of breathing during sleep . This causes disruption of sleep. Patients with sleep apnea (both obstructive and central sleep apnea) present with daytime somnolence, which means they are often sleepy in the morning.

Hypoxia means low oxygen in your blood. This causes your kidneys to release EPO to produce more new red blood cells. Erythropoiesis is increased. Some patients with sleep apnea have high hematocrit levels.

During the day: Normal PaO2

Obstructive sleep apnea is usually caused by an organ structure or tissues physically obstructing the airway. This is generally soft tissue collapse in the pharynx. In adults, this may be excess parapharyngeal tissue, or in children, adenotonsillar hypertrophy. The tissue are constricted and leads to the tongue falling back too.

In central sleep apnea, there is also an association with Cheyne-Stokes respiration or cyclic breathing. In Cheyne-Stokes, there are oscillations between apnea and hyperpnea because the patient’s body has delayed detection or response to changes in PaCO2. This causes the patient to breathe rapidly (hyperventilate) –> causes carbon dioxide in blood levels to drop too fast –> brain responds by stop breathing which causes apnea –> but then carbon dioxide in blood levels rise too fast –> triggers brain to restart breathing fast (hyperpnea) (hyperventilate) –> PaCO2 becomes low again–> and so on the cycle repeats.

Cycles of Cheyne-stokes respiration can last from 30 seconds to 2 minutes.

Can Cheyne-Stokes breathing occur while awake?

Yes, Cheyne-stokes breathing can occur when awake or during sleep for central sleep apnea patients. It is more common to occur during sleep.

What is obesity hypoventilation syndrome for sleep apnea?

An easy way to understand what obesity hypoventilation syndrome is to break down the meaning of its words. Obesity –> patients with this syndrome are obese with a BMI greater than or equal to 30 kg/m^2. These patients have trouble breathing deeply enough, so they hypoventilate. During hypoventilation, PaCO2 increases, while PaO2 decreases. In other words, oxygen blood levels are low, and carbon dioxide levels in blood are high.

When asleep: PaCO2 is still high, increases but PaO2 is low

2. Patients with sleep apnea can experience which one systemically:

3. What do you see in the Cheynes-Stoke respiration when pCO2 is high and what type of sleep apnea is associated with this?

E. None of the above